All products are shipped by Amazon directly!

Use Code HOLIDAY15 to enjoy flat 15$ off on all the cameras and printers! Impossible to print , instructions are crappy, I would return it if I could! Total waste . Should be able to plug and print!

n
nadia fakoory
The worst! Do not buy!

Received it as a gift. It printed one great picture (taken in sunlight) then 9 more that look like they’re from 1998. Every 10 pictures you have to changed the printer cartridge! Fine. It over heats if your print 3 pictures in a row. Fine. The entire printer broke after the first 10 pictures. Imagine the plastic waste! The accessory pack came with 2 more cartridges: one looked broken after I pulled it back out when the printer wouldn’t print the 11th picture of its short lifetime. It wasn’t the cartridge though: neither of the 2 new cartridges worked. The printer itself is broken! We got the “Sharper Image phone printer as a gift 3 years ago and it’s still going strong. So…get it together Kodak. Photos are like your only job. 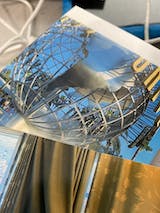 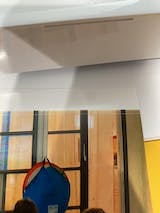 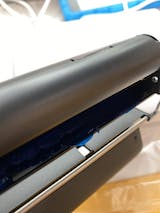 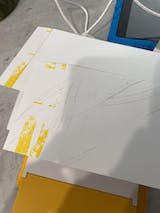 The printer could've used the ability to print via USB but otherwise it's pretty neat. My big concern is were a small business who is planing on branching into selling ink and 3d printers to promote getting people to start their own small businesses. After working with the pricnics branch I'm unsure if I can consider Kodak as a viable option with customer support like this.

I understand that originally it was my fault that the order went through, but I had no ability to cancel it and 3 emails later the item was already at my door. (Kudos to your shipping time) I called and was told by that person they would look into sending me extra paper since that was the choice I was going to make had I been able to cancel my order. That didn't happen. Someone else responded. They confirmed that if I bought the extra paper they would credit me to make it so the paper only cost me 18$ so I did. I made sure I was buying exactly what I was told. I didn't add discounts (and amazon had it for cheaper even with discounts) but I trusted the person, even though it took days between responses. Only to now be ignored for 3 days after the paper arrived. I was already planing on testing all competitors and I will always be honest in my social media reviews.
The company that fulfilled my order does not seem to be upholding the standards I'd imagine your corporate office would expect. Please review and ask that they add a cancel button for customers in the future.

I do on site printing and will have my printers on full display of the public and I will have to be honest about my experiences.

I love my printer